The Polynesic Island-Nation of Rapa Nui in Chile is also known as the Easter Island, it is about 3.000 km from the Pacific coast of Chile. It is estimated that the origin of this nation dates back to the 5th century. As per the islands´ oral records, King Hotu Matu´a disembarked with over 100 people from the closer Polynesic Islands and created the first Rapa Nui settlement. 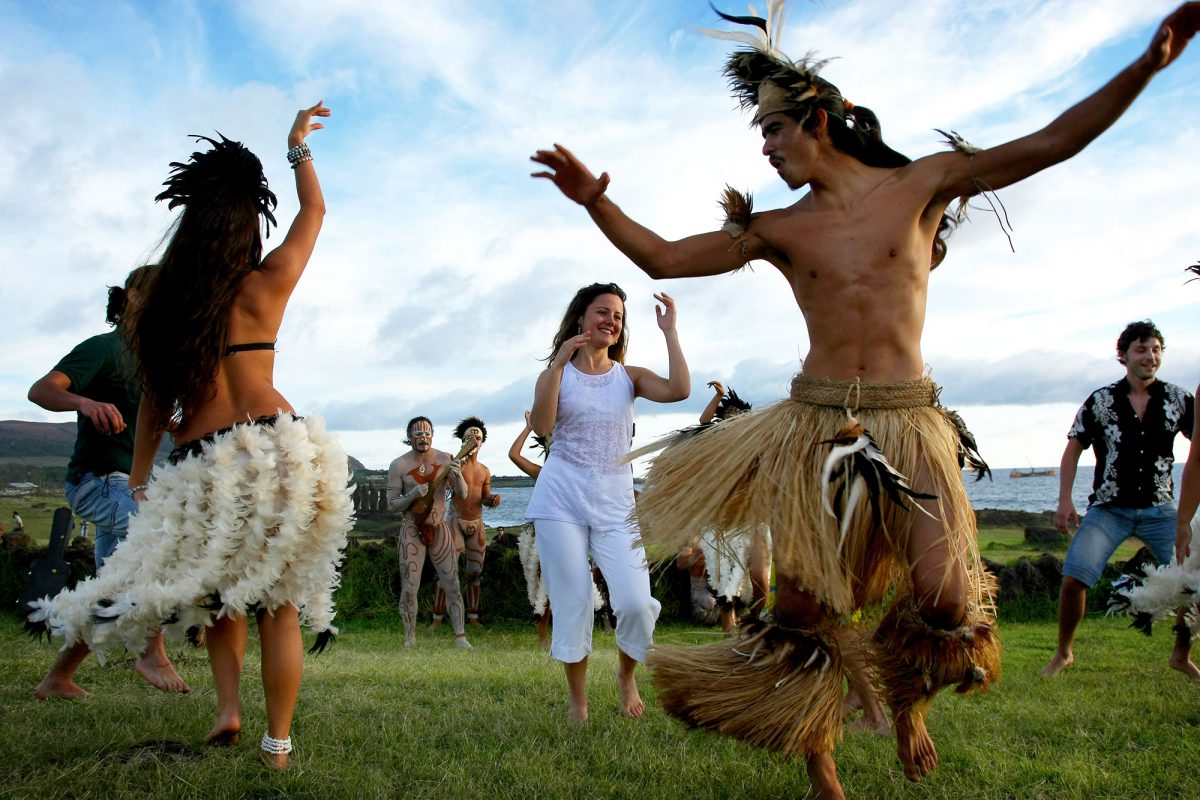 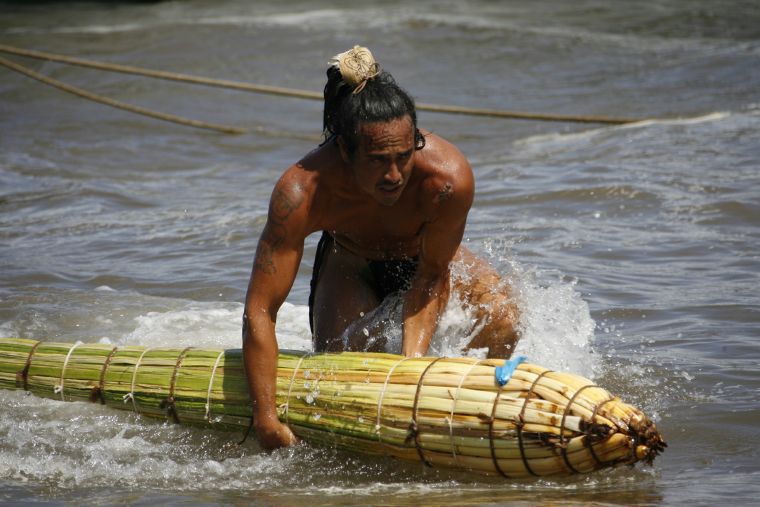 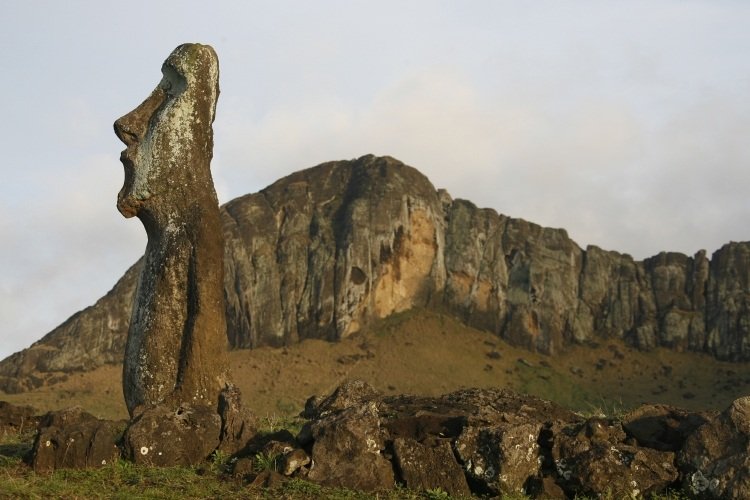 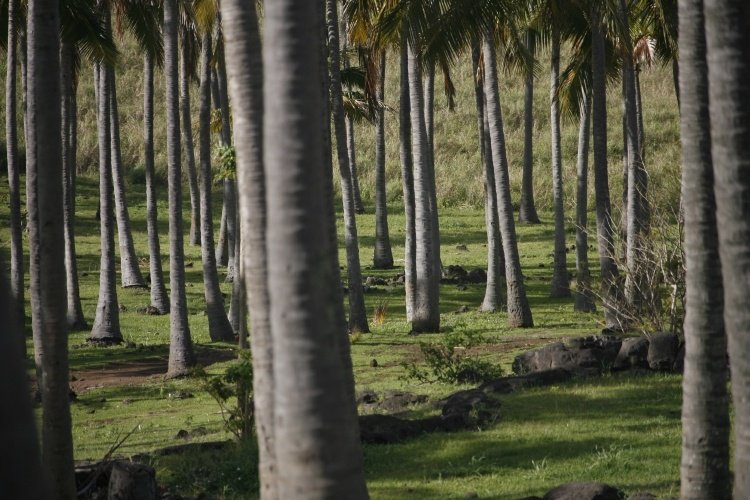 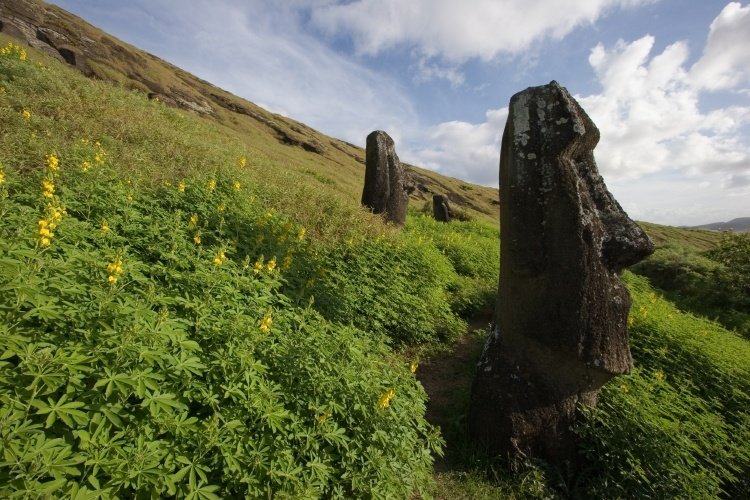 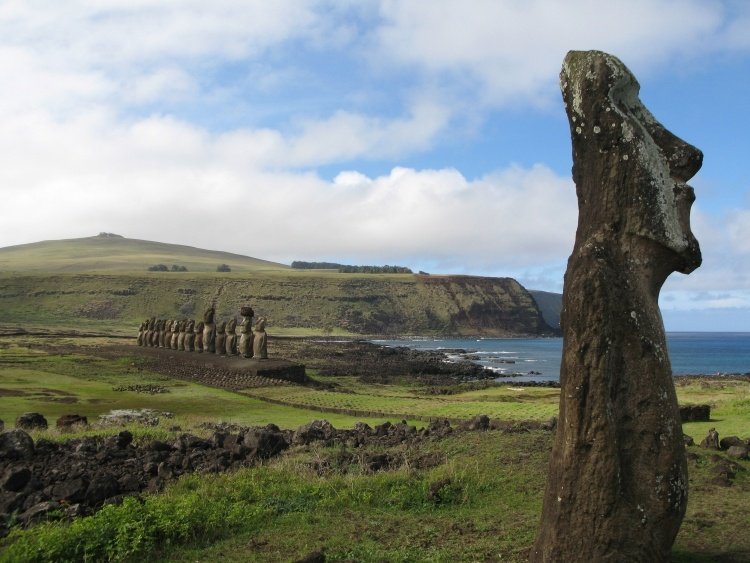 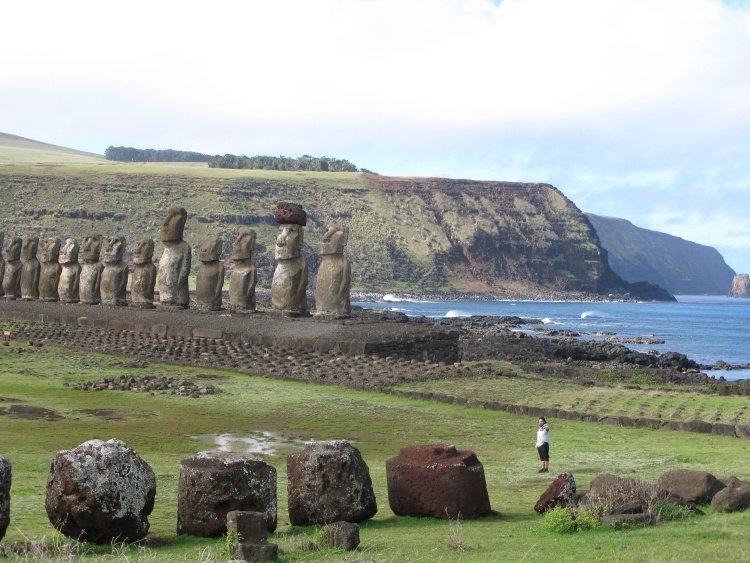 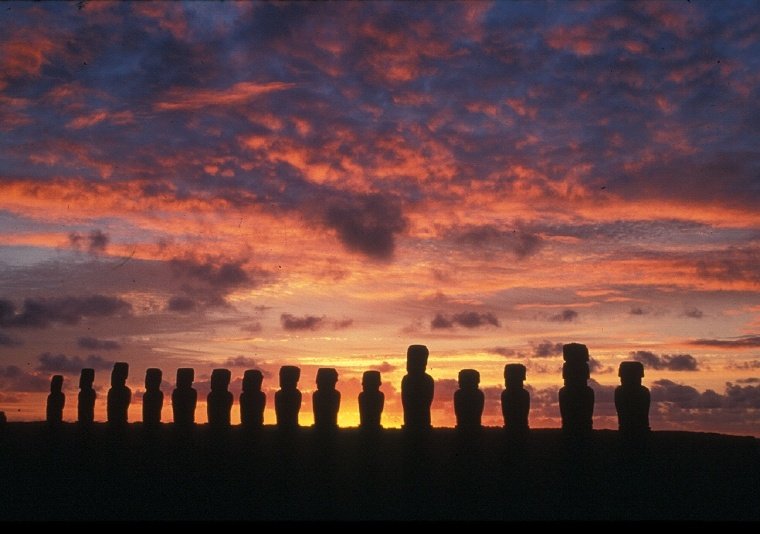 History, traditions, and beliefs of the Rapa Nui

The Rapa Nui culture developed a unique system of beliefs and created the monumental Moai figures, which do not exist in any other part of the world. This unique culture-program will offer you a very personal insight view into the history, traditions, and beliefs of the Rapa Nui people on the Easter Island.

The Tuki family, one of the oldest and most important families on the Island, will not only show you the archeological sites, but they also allow us to take part in their daily life. We will experience close by the authentic way to celebrate their ceremonies. We will learn the preparation of delicious dishes and will be “kidnapped” to the Polynesian world of the last century.

Your Rapa Nui tour starts today! You arrive at Easter Island, Chile, where you will be welcomed in the traditional way with a flower-lei and receive an introduction into the customs and traditions of the ethnic group on the island by our tour guide.

When you get to the hotel, you will enjoy a welcome drink with our host-family Tuki, who will give us some hints on how to behave responsibly on the island towards the culture of our local environment. You will have the afternoon off, to recover from the long flight (5 hours 40 minutes from Santiago) and to get to know the city of Hanga Roa. Accommodation in Hotel Cabañas Mahia.

During the second morning, we will depart for a half-day tour to the most important groups of the famous Moai-figures. First we will visit the Ahu Akahanga, approximately 13 km from Hanga Roa on the south coast of the island. This ceremonial center is a holy place for the Rapa Nui people, where according to their beliefs the first settler and king of this Polynesian island, Ariki Hotu a Matu´a, is buried.

Afterwards, we will continue to Rano Raraku, a territory which was once selected to create the majority of the tremendous Moai. We will continue along the North coast to Ahu Tongariki, the most important ceremonial site of the Easter Island, where we will find 15 figures. The highest one has 14 meters including his Pukao (Hair dress).

Our excursion ends at the periphery of Hanga Roa, the capital, where we will prepare a traditional Rapa Nui- Curanto together with the Tuki Family. Nowadays, the Curanto is typical food on the Island of Chiloe, too. This supports the theory that there was an early settlement on Chiloe from the Polynesian islands. After having prepared the work-intensive food, we will enjoy this wonderful dish, and celebrate a small ceremony for success on our following travel days. Accommodation in Hotel Cabañas Mahia.

Another beautiful day in Rapa Nui, Chile. Today’s excursion will lead us to Puna Pau a crater of red bed ash, approximately 15 km from Hanga Roa. The red Stone is the material used to fabricate the “Pukao”, the hairstyle of the Moai figures.

From Puna Pau we will continue to Ahu Akivi the only seven Moai which show into the direction of the sea and according to the records representing the first seven scouts who arrived at the island. They were sent by the King Hotu Matu´a to the Easter Island before his travel.

Afterwards, we will visit the famous beach of Anakena, famous for its warm turquoise waters and the coral sand. Continuing, we will visit the area of Poike near Rano Raraku volcano. Here we will find the caves of Hanga Tu Hata and start the most interesting and extraordinary part of our day program: From the coast we will collect mussels and catch fish in the way the Rapa Nui did since centuries in this place. Together with members of the Tuki Family we will prepare our catch afterwards on the traditional Polynesian way, roasted on fire which is covered with stones. Together, we will enjoy the food we hunted and prepared by ourselves.

In the morning we depart for the exploration of the archeological sites Vinapu, Ana Kai Tangata and Orongo. Vinapu is located about 5 m from Hanga Roa on the southwest coast and concludes three Ahus. Here the ancestors of the island families were honored. We will have sufficient time to examine these Ahus in detail, which have been built with a special technique, similar to the Inca-Constructions in Peru.

Our tour continues in this beautiful area of Rapanui, to the Ana Kai Tangata Caves, on the cliffs, south of Hanga Roa, near the village of Mataveri. Here we will find the wall paintings of Manutara, a sea swallow, whose egg represents the center of the yearly traditional competition of the Rapa Nui. This competition is realized at the border of the holy village of Orongo, which we will visit afterwards.

Today we will get onto the top of the Ma-unga Terevaka Volcano, which is the highest point on the island with 512 meters. If desired, there will be provided horses for this excursion. From here we have a 360° round view on the biggest ocean on the planet where Rapanui is. On the horizon, we can clearly recognize the curvature of the earth.

In the afternoon, we will have time off. To end a day full of new experiences, our host family will prepare a farewell dinner. On the traditional manner, there will be served recently yielded fruits, besides other delicious local dishes and products. As usual during family-visits and according to their traditions, there will be presented rhythmic Rapa Nui dances and music. In the end, our hosts will hand over to us a handmade present as a souvenir and for the farewell.

Today is your last day in Rapanui! Transfer to the airport. As the last goodbye, we will receive the traditional necklaces, made by ourselves with small mussels. We leave the island to Santiago or Tahiti.