Life begun in forests like the Valdivian Temperate Rainforest

The Valdivian forest, also called Valdivian Temperate Rainforest, is a bioregion of central-southern Chile. It is characterized by evergreen forests, in a temperate-rainy climate. It is the only temperate rainforest in South America.

Scientists consider the Valdivian Temperate Rainforest as a so-called primary forest, from where life on earth begun. It is an example of what happens in the universe of a pure forest, and is therefore considered a natural afforestation of native species. Its abundant peat and deep leaf earth, on the initial base of rock and volcanic sand, has formed a permeable layer with high content of leaf earth and humus, as well as many varieties of ferns and mosses. There are also small streams in the humid sectors, rocks covered with mosses and protected naturally because they are not intervened by humans.

Many endemic plants you only can see here

Due to the high rainfall, it favors the formation of dense forests. Because of this, it is commonly called jungle. About half of the 4000 vascular plants present in the Valdivian ecoregion are endemic and are not found in any other region of the planet. In certain sectors, you can find gigantic specimens of one of the longest-lived tree species on the planet, the Alerce (Fitzroya cupressoides).

Typical flora of the Valdivian Temperate Rainforest are: 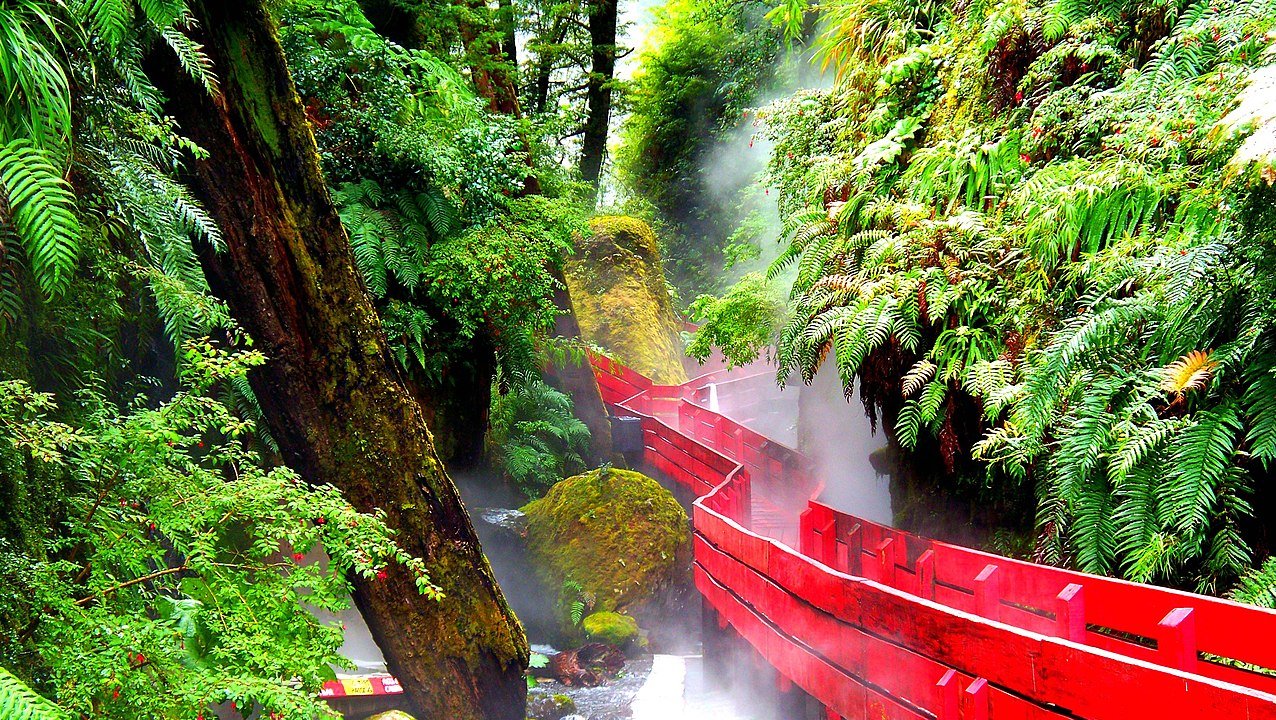 During the following tours, you can see some native forests