In the high plateau of the Tarapacá Region in Chile, among volcanoes, lagoons and sacred hills of the Aymara people, is the Volcán Isluga National Park. This protected wilderness area, created on January 3, 1967, is home to one of the most impressive concentrations of biodiversity associated with the high Andean ecosystem, including fauna species such as the Andean tagua, suri, vicuñas and three species of flamingos that are in the conservation category. The main flora is the queñoa and llareta, among others.

This park is dominated by the Aymara worldview and cultural heritage, such as the town of Isluga and its characteristic church declared a historic monument, recognized for being a relevant ceremonial center in which religious festivities are commemorated.

The culture in this sector comes from the Tiwanaku, from Lake Titicaca between 300 and 1000 A.D. Later, the Aymara culture has spread here, which underwent changes during the Spanish colonization process. Today, we can see within the protected area the contemporary Aymara communities, which still conserve traditional practices that make their history visible. 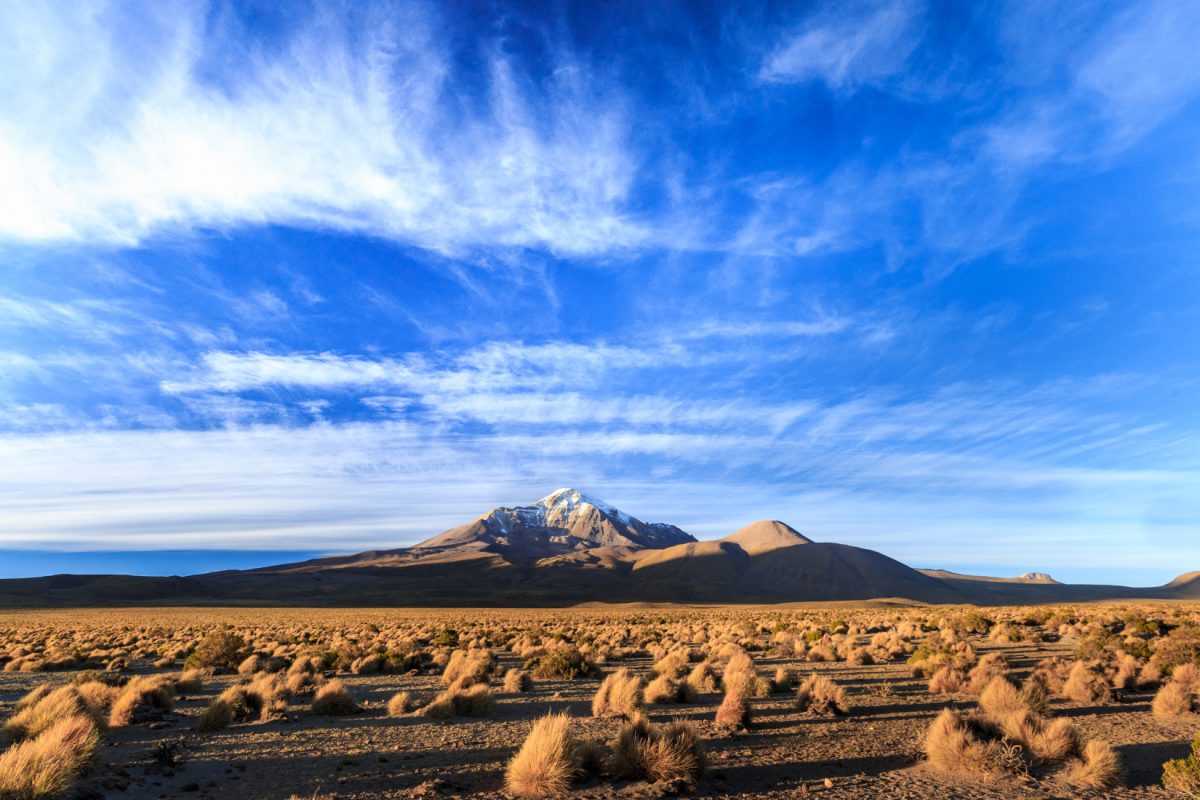 The Volcano Isluga National Park has a size of 1747 square kilometers and is located at an altitude between 2100 and 5550 meters above sea level. It is named after the highest mountain in the region, Volcán Isluga, with an altitude of 5550 meters.

More information and opening times and tours to the park and the north: